Sex in the City

Well, well, well...last night after a long day at work, I decided to 'treat myself' to a movie and a beer. Hmmm...I bought Sex and the City, EXTENDED VERSION. And it was a treat! Now my question....what about Sex in the Country!
at September 30, 2008 No comments:

A birthday greeting! Makes getting a year older worth it!!

Sorrowful Time - Please help me out

My friend of thirty years called this morning to tell me her daughter, Tammy, a beautiful, bright woman committed suicide yesterday. This daughter, the one that shared my birthday, would have been forty-something tomorrow. She was a mom, daughter, granddaughter, stepdaughter, cousin, sister, friend and wife.

We knew she was in emotional as well as physical pain these past couple years and her mom, my friend, tried tirelessly to help her. Financially, emotionally, physically...whatever it took, Linda was there. This while working full-time and most times overtime to meet her own financial obligations. All the while helping to take care of her sick, ninety-year-old mom and stroke-victim husband (he's in a nursing home).

So please help me out here...take a minute and pay homage to this woman. Say a prayer, light a candle, make a wish on a star that her life be a bit easier for her. She's heading toward the funeral home now to make arrangements for Tammy's services. Please give her strength...let her remember Tammy's light, laugh, spunk and love. Let her see and hold Tammy in her grandchildren...let Tammy's kids see her in their grandma's eyes and feel her love in their grandma's hugs.
at September 28, 2008 No comments:

Women and their relationships

Last night some friends (all women) went out to eat and to see the movie, Women. Critics weren't too fond of it...

And I have to admit there were a couple of times I wondered if I snored...but all in all I really enjoyed it. Not because it relaxed me to the point of snoring, but because it's great to see women as supportive friends and not displayed as rivals or lovers (there were also both of these.) Which brings me to another point...


Toward the end of the movie, a friend asked about the number of gay/lesbian people there were on staff. Which has really gotten me thinking about women and relationships..whether straight, homosexual or 'just' friends. Although I didn't say so at the time...didn't say anything...other than respond to who I thought might be gay or not, it did give me a bit of a 'start'. Was she subtly asking about me? Because I'm alone...happily, have mostly women friends, aggressively support women's right to choose in more ways than abortion, and outspoken about the pitfalls of men/women relationships...hmmm. Am I protesting too much? Do I know my own sexual orientation?

Whew...I thought alot about this, and yes I can happily say I do know myself. I do prefer men. My knees tremble, my stomach churns, my body quivers (I think I'm sharing too much...I hope my kids don't read this) at the touch/thought/sight of an appealing man. I'm old but not dead and I don't believe sexual orientation changes after the age of 55, 56, 57...ok,ok...so I'll be 59 this year!

What does happen at this age, though, for me anyway, is that I have become a bit more selective. I don't go to bars and meet men...I will not and never did consider a relationship with a married man...Internet blind dates didn't work for me...Social gatherings are normally a bust...either I can't seem to get myself there or I'm uncomfortable enough that I leave early...

So maybe for me, life as it is now is life as it will be! And I'm fine with that...oh and by the way, the friends that started this conversation with myself...thank you I appreciate and value your friendships!! ;)
at September 21, 2008 No comments: 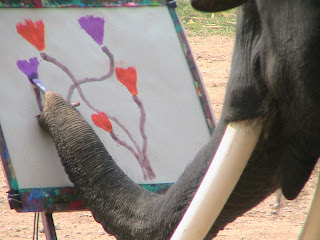 You know, I watched a bear dancing on a friend's blog post recently. So of course, since I can't think of anything else to write about this week, here's my version of our talented animal friends.

The picture was taken at an elephant village in Thailand last spring. I hope he is having as much fun as I do when I draw and paint. However, the point of the post (other than mimicking Maria's since I had no other good ideas) was to remind all those drawing students out there...drawing and painting are LEARNED skills. As much as we (who DO draw and paint regularly) would like to think it's a talent, it's simply the old formula of hard work and practice = success. Some start out at it better than others (like any sport or skill), however, with learning to see, learning to draw what you see and practice, practice, practice...you'll be drawing painting right along with this guy...and probably much, much better, by the way!
at September 20, 2008 No comments: 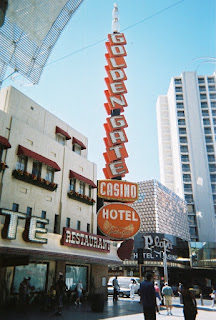 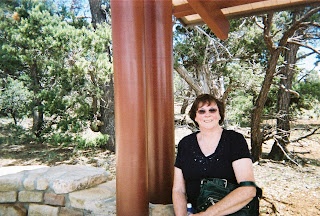 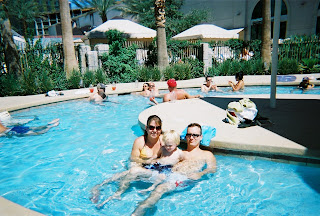 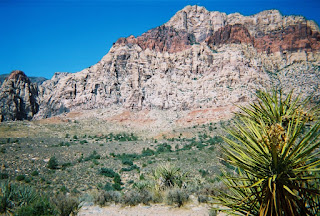 Well, as a final fling before school started, my sister Tricia, Melissa, Nick and Dillon and I all met in Las Vegas for a week's worth of relaxation (riiight).

Tricia and I met on a Sunday evening at the airport in Vegas, she from northern California and me from Michigan. We rented a car, went to the Monte Carlo and immediately ate...we were both starving, money was no object, and good thing as the steaks cost us well over $150...yikes!

We drove to Hoover Dam, Boulder City, Grand Canyon, Red Hills north of Las Vegas, Lake Las Vegas, Laughlin, Nevada and the Colorado River to site-see. The countryside is beautiful. We played the slots of course, did very little winning, but had a lot of fun. My sis has the gambling 'mojo' I unfortunately, don't.

Melissa and family met us mid-week so we had Dillon a couple of nights, went to the pool and swam one day. We saw the dolphins, white tigers and lions at the Mirage. I took a quick trip to the art gallery at the Bellagio to see some great American artists work on display...Georgia O'Keefe was one and they had some really nice paintings. On Chip's (my sis's husband's recommendation) we went to the Great Outdoors and saw wonderful aquariums...one salt water..one fresh water fish. I was really disappointed as none of those pics turned out ;(

So great end of summer trip...next year I think I'll try Elderhostel...anyone want to come along?
at September 07, 2008 No comments: 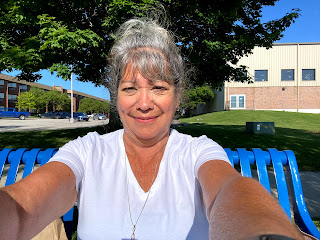